Sunday Musings: Kings have a playmaking issue and some positive thoughts for Dave Joerger 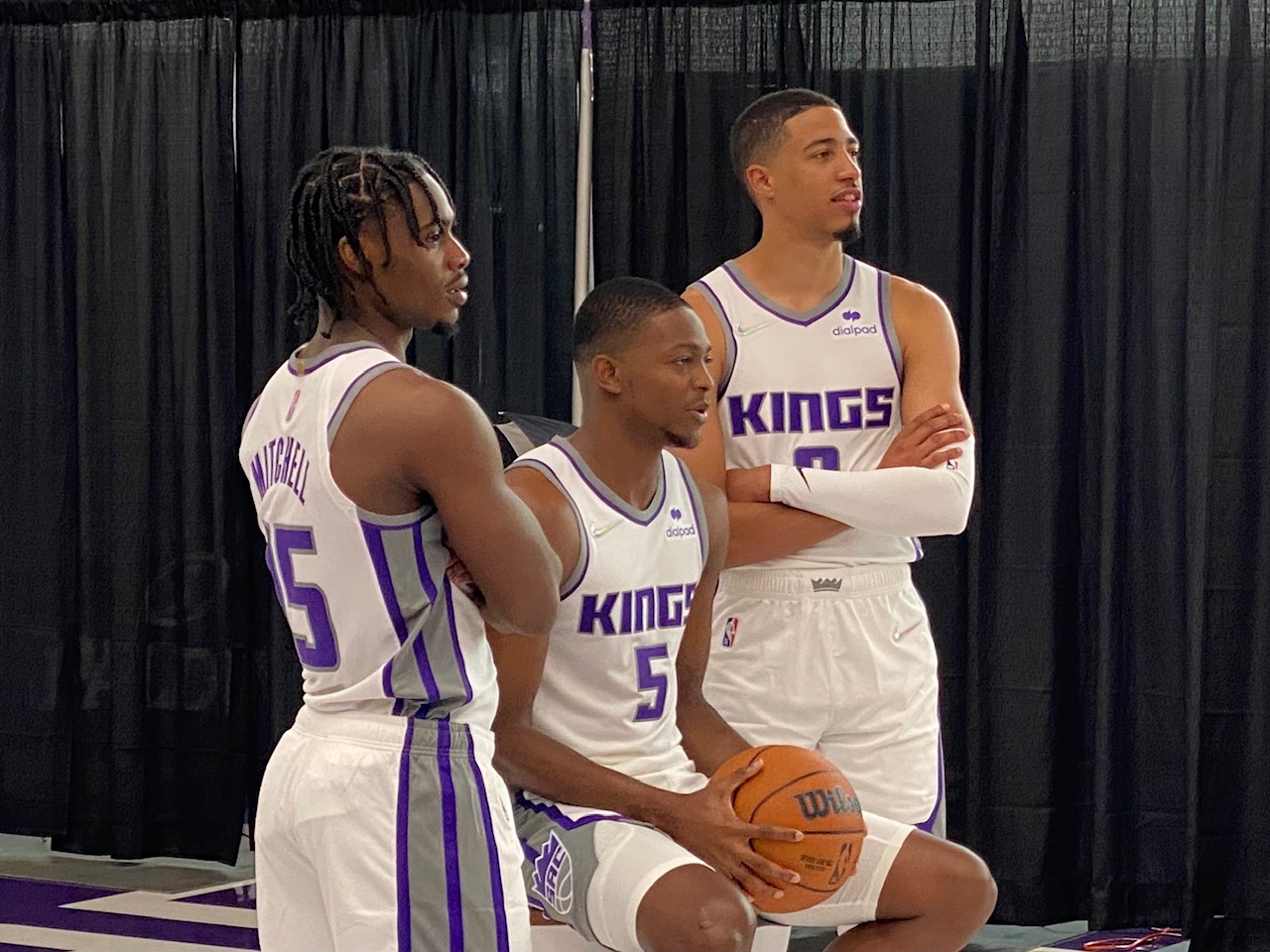 Triage is needed. Watching basketball is supposed to be escapism. Watching the Sacramento Kings often feels like medieval torture.

Purple blood was spilled Friday night in OKC. The Kings lost their fourth straight game and a sense of angst is overwhelming the team’s fanbase.

Many are heaping blame on head coach Luke Walton, who commandeered the team to a pair of nine-game losing streaks last season. Others have turned on the face of the franchise, De’Aaron Fox, who has played below his usual standards.

General manager Monte McNair has a handful of detractors on social media, but he has yet to fall to the level of former Kings-great-turned-executive Vlade Divac.

Kings fans have been here before. You see the signs of a fragile team on the brink of disaster. You are sick of the cliches from players and coaches. After 15 years of futility. You want more. You deserve more.

A week ago, I told you it was okay to allow yourself to believe in this team. That seems foolish now, especially coming from someone who has spent the last 12-years covering a team that avoids success like Buddy Hield avoids the free throw line.

How do you move forward from this moment? How do you take a breath and allow the Kings to either make their own way or fail miserably, without it completely smothering your fandom.

There is no simple answer. During the Walton era of Kings hoops, the team has started slowly. They had an identical 5-8 record last season and a 6-7 record the year before.

The team is deeper this season than it was last season, but the lack of overall improvement is startling. If this is who the Kings are, then changes have to come.

Two of the losses this week came without the services of Tyrese Haliburton and Terence Davis. Davis has struggled all season with his shooting, but Haliburton’s absence exposed one of the flaws to this year’s squad.

This version of the Kings does not have enough playmakers.

Outside of Fox and Haliburton, the team has to rely on rookie Davion Mitchell, as well as Hield and Harrison Barnes. None of these players are ready to step in and really direct traffic when Haliburton or Fox are off the court.

With Haliburton missing time, teams dared Fox to beat them with his scoring. That was a trap.

Fox finding his offensive game was a plus for Sacramento and may result in wins in the coming games, but in order for this team to succeed, they need every player clicking.

The Kings Beat is a reader-supported newsletter/blog that currently allows both free and paid subscriptions.

For those generous souls that jump on board for the paid edition, you are providing the means to continue this endeavor into independent coverage of the Sacramento Kings.

The moment is coming when much of the content on The Kings Beat will become gated. Please consider becoming a paid subscriber to continue to have full access to all future podcasts, features and columns.

Someone needs to find Richaun Holmes in the pick-and-roll. Someone has to get Harrison Barnes a handful of open looks in the corner to set up his in-line drive. Someone has to attack the basket, collapse the defense and get Hield wide open catch-and-shoot opportunities.

This is how the Kings are designed, but the fact that they couldn’t survive without one of their two true makers speaks volumes.

Long term, the trio of Fox, Mitchell and Haliburton can be enough, but we are at least a year away from that. For now, Damian Jones and Alex Len have the team’s fourth and fifth highest assist percentage. Let that sink in for a moment.

Hield has finally moved his assist percentage over 10 percent on the season, but the Kings need more from everyone if they want to succeed. They currently are tied for 24th in the league in assist percentage and 19th in assists per game. That’s not going to cut it.

When this team is working well, the ball is moving, they are getting to the rim and creating for each other. When the ball and player movement stop, they are predictable and easy to defend.

For now, Walton has to make sure that either Fox or Haliburton are on the court at all times, but even that doesn’t solve the issue. They need to add a playmaker that fits the roster and they need to find that player as soon as possible.

There are still 69 games remaining in the season and there is plenty of time for this team to find their way, but they need help. The defense is a problem, but so is finding balance and inclusiveness on the offensive end.

Walton needs to continue to tinker with his rotations, but McNair needs to add a piece or two that makes sense. If not, this team could be destined for another disappointing season.

Not musings, but real life

Joerger spent three seasons in Sacramento and could use all the support that Kings fans have saved up as he battles a painful form of cancer.

As a journalist, it is our job to build relationships with coaches and players. Joerger and I became close during his time with the Kings on a personal level and remain that way despite his departure from Sacramento. We are not far apart in age and his girls and my boys are very close in age as well.

Joerger is a good man that could use as much positivity as possible at this point. Currently an assistant with the 76ers, Joerger is stepping away from the game in the short term while he goes through chemotherapy and radiation treatment.