Fox and Haliburton safe for now, everything else is on the table 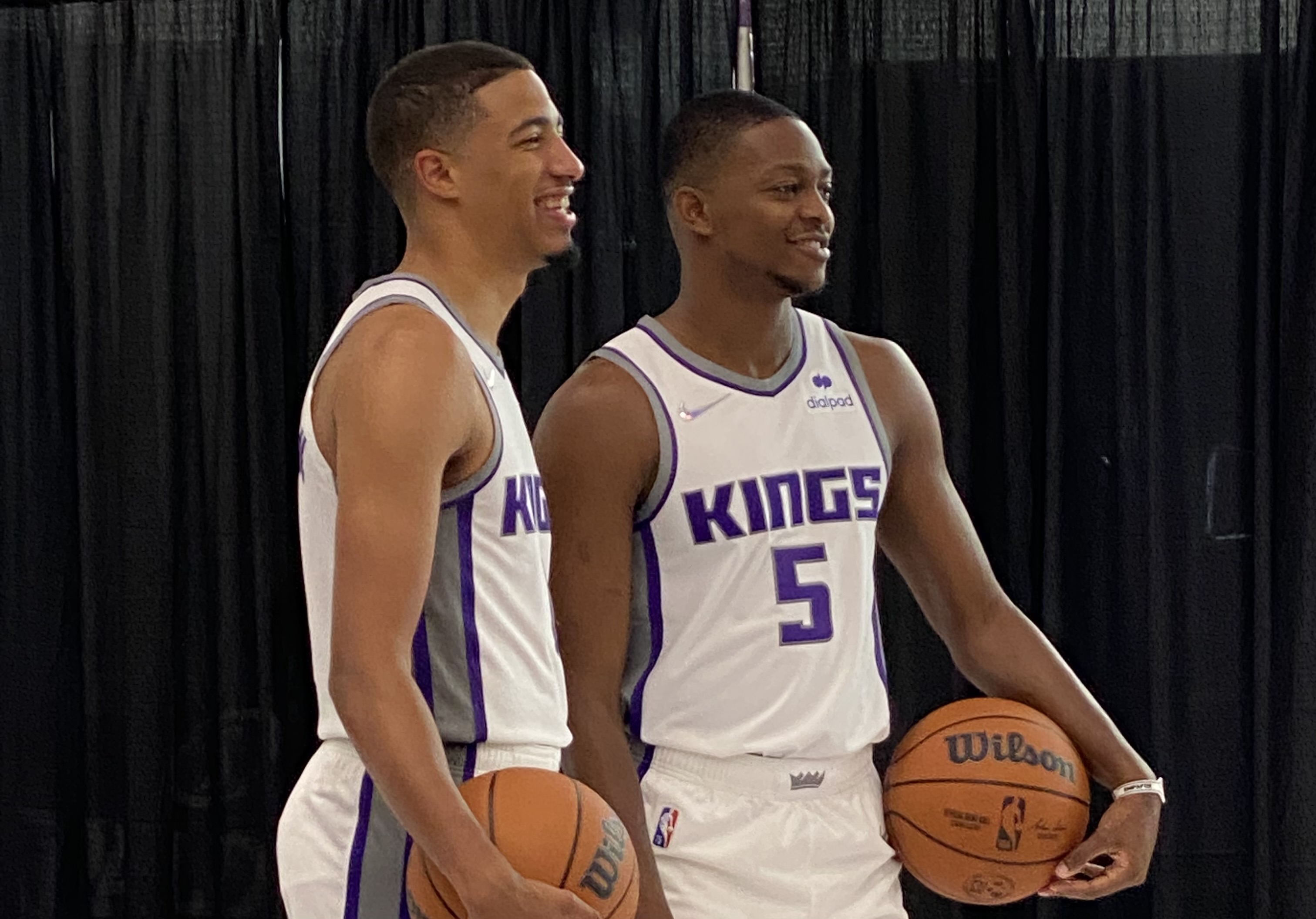 Make no mistake, the Kings are looking to revamp their roster. They understand that at 18-29, the team isn’t good enough. If they needed a reminder, back-to-back losses to the Rockets and Pistons were just the latest blow.

General manager Monte McNair now knows that the parts are greater than the sum of the whole, to flip an old proverb around. This isn’t new. McNair likely got this feeling after 15 games or so, but with more than half the season in the books, it’s time to make some really difficult decisions.

Premium Subscription to The Kings Beat

Wednesday brought a flurry of rumors, many of which contradicted each other. De’Aaron Fox available in a Ben Simmons or Domantas Sabonis trade? Kings out on Tobias Harris? Fox told he’s not going anywhere?

It was a running faucet all day, not a drip. It was chaos of the highest order and that was before the team allowed an 11-0 run to Detroit to fall by a final of 133-131.

After plenty of conversations, it’s time to dig into some of the rumors. What is real? What is a smokescreen? What is flat out misdirection?

Kings willing to take on both Ben Simmons and Tobias Harris?

Nope. This rumor has been out there for about a week. I even wrote about what a potential trade might look like on Sunday, but according to a well-placed source, it’s false.

The Kings like Simmons a lot, but Harris’ two-years and $77 million remaining on his contract are a non-starter. He might be a slight upgrade over Harrison Barnes, but he’s owed roughly $59 million more than Sacramento’s starting small forward over the next two seasons.

Could this stance change if nothing else materializes for the Kings? Maybe, but Harris has a bad contract and any rumors of the Kings' willingness to take on his money didn’t come from the 916.

Sabonis is one of the more interesting names that may find a new home before the NBA trade deadline comes and goes. He’s an All-Star and one of the best passing bigs in the game.

According to a league source, Fox is not on the table in a swap for the big, as reported on Wednesday. Neither is Tyrese Haliburton.

Can the Kings still land the 25-year-old big man? Maybe, but it would have to be for some package of picks and players and the price is likely going to be high.

Is Fox available at all?

According to league sources, the team is confident they can build around both Fox and Haliburton and that is what they hope to do in the coming days and months.

Is there a possibility for a late change of heart? Absolutely, but the Kings would have to get a wild over the top deal in order to change their current stance.

It’s too early to bail on a 24-year-old under contract for another four seasons after this. They like the pairing long term with Haliburton and are willing to allow the duo the time needed to grow.

If Fox and Haliburton are off the table, who is available?

The answer is pretty simple. Everyone. Everyone not named De’Aaron Fox or Tyrese Haliburton can be had, for the right price.

McNair isn’t holding a “going out of business sale.” It’s more of a “ski swap.” Core players like Buddy Hield, Harrison Barnes and Richaun Holmes are available according to a source with knowledge of the situation. The hope is that there are different combinations of players that somehow fit better with Fox and Haliburton.

One, two and even all three could find a new home over the next three weeks. One or two may stick around and continue to be part of a new core. That is what happens when a team underperforms.

Of the group, all three bring something different to the table. Hield is a marksman who has pushed his 3-point shooting number back over 38 percent on the season. He currently ranks second in the NBA in 3-point makes on the season and he’s missed a total of three games over his six year career. He’s also under contract for the next two seasons at roughly $40 million total.

Barnes is a reliable minutes eater who can play both forward positions. He’s a consummate professional both on and off the court and he’s shooting a career-best 41.9 percent from 3-point range. At 29 years old, he’s entering the final season of his four-year contract next season where he’ll make $18.4 million.

Holmes is in a slightly different category from the other two. He’s in the first year of a four-year contract, but it’s a budget deal for a solid two-way big. Holmes has struggled with a pair of eye injuries and the league’s health and safety protocols this season, which has impacted his play greatly, but he’s finally healthy and working himself back into shape.

None of these three will be difficult to move either as individuals or as a package if the Kings choose to go down that path. Barnes was one of the hottest names on the trade market at last year’s deadline and Hield was almost moved for Kyle Kuzma and Montrezl Harrell before the season. Holmes' 3-years and $36 million owed after this season is a bargain.

Yes. The remainder of the roster has a price tag. Everyone. Some are in the free bin. Some will be part of the squad moving forward. Some will be needed to balance trades.

Of the remainder, rookie Davion Mitchell is a player with a future on the team, but nothing is off the table. Terence Davis is a solid budget scorer off the bench, especially if Hield finds a new home. Chimezie Metu has some potential and Damian Jones has been a nice surprise.

Moe Harkless, Alex Len and Tristan Thompson are all veterans that could help other teams in the right situation. Both Harkless and Len are under contract next season on affordable deals. Thompson is in the final year of his deal and has at least some value as a $9.7 million expiring contract.

Marvin Bagley, who has played better this season, was shopped at the deadline last season and over the summer. He’s a young player with upside who could be included in a larger trade as a low risk, high reward pickup.

The core of this team hasn’t been good and the role players bought in to support the core haven’t been able to mask the deficiencies. Changes are coming.

What about the Kings’ picks?

According to a league source, McNair isn’t going to mortgage the future of the team, but that doesn’t mean that he won’t trade draft capital for really good players that are currently under contract long term and fit the player age arc of the team.

These are the biggest bullets in his gun. He might use them, but the deal has to be right because the value of a Kings' first round pick on the open market is typically worth gold.

Sacramento currently has their next seven years of first round picks (which is the furthest the league allows you trade out picks). They also have either their own or someone else’s second round pick in each of the next seven drafts, plus an extra second in 2022 and 2025.

There is optimism that the Kings can make one or more trades in the coming days/weeks that will improve the roster for this season and moving forward. Every source has confirmed that McNair and his group are actively working overtime to make something happen.

It takes two to tango, but there are deals out there that make sense. McNair doesn't need a quick fix. He can take one step backward to take two or three steps forward. What he can't do is hope that this current group magically turns the season around. That ship has sailed. They are who they are and they aren't good enough.