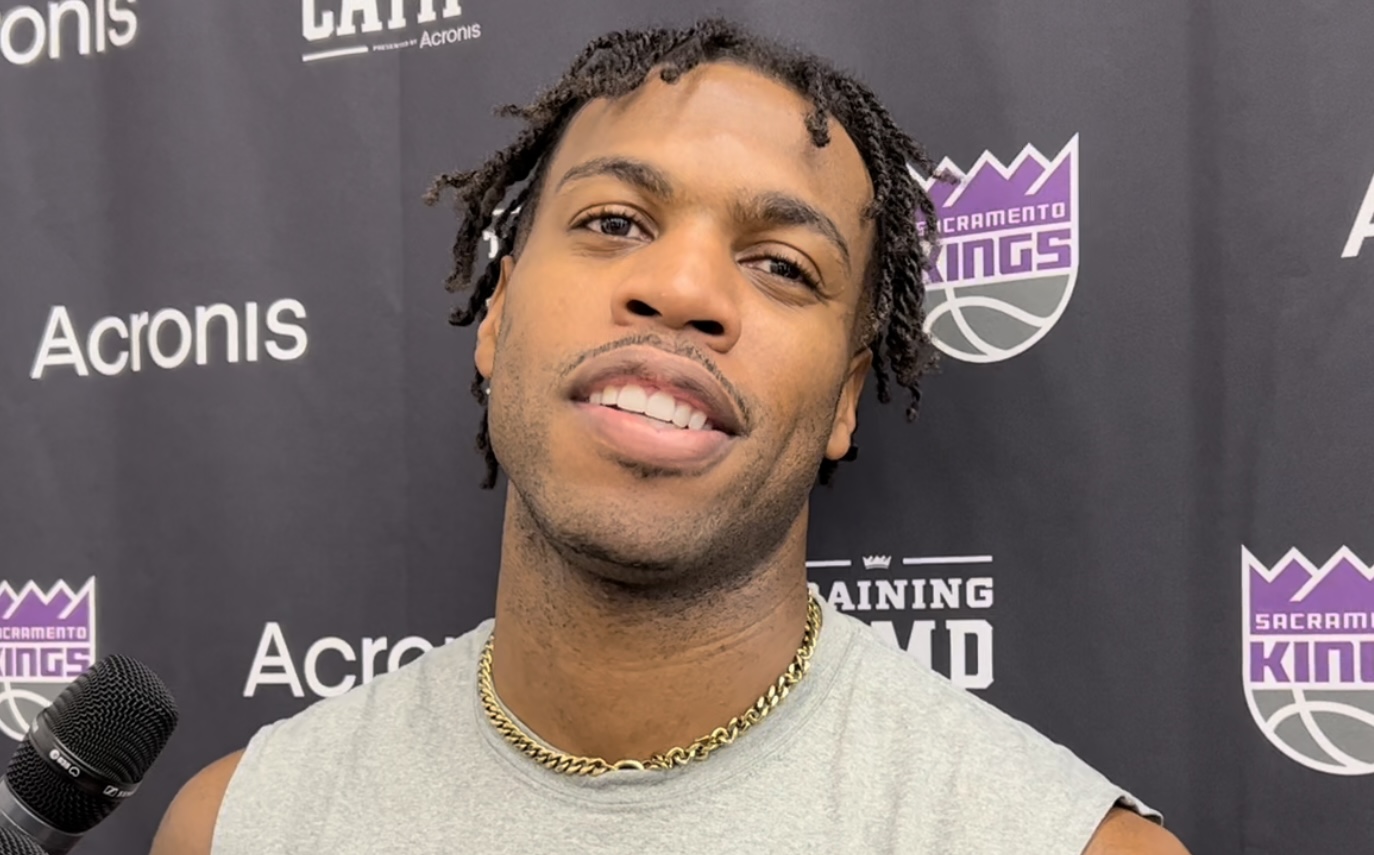 It’s the simplest of tweets. Short. To the point. Rare.

Eight letters represent everything to a fanbase. The period at the end is frustrating for everyone involved, which is the point.

As a member of the media, you have to remain stoic. Even when writing from home. An exclamation point says too much. A question mark editorializes the tweet. Leaving the period out would feel incomplete.

This single tweet leads to the biggest question heading into every NBA season -- what if the Kings are good?

Wednesday night at the Moda Center, the Kings made a solid splash to open the 2021-22 campaign. A 124-121 victory over Damian Lillard, CJ McCollum and the perennial playoff Blazers is a good start.

But as someone who has covered the Kings for the last 11 seasons, one win is never something to get overly excited about. If beat writers have a win/loss record, mine stood at 324-542 (.374 percent) coming into the season opener. Win 325 isn’t monumental when you still sit 217 games under .500.

1-0 is 1-0. It’s better than 0-1. So maybe we can look at some of the reasons that fans and anyone else associated with the Kings can bring some excitement into game No. 2 of 82.

The mantra of the Kings season is different this year. Everyday is an opportunity to build on the last.

The concept of "stacking days" is something that assistant coach and motivator extraordinaire Rico Hines has brought to the organization. A deeper dive into Hines is something for another day, but the idea is to build a foundation by stacking one solid practice, one solid game, on top of the next.

Buddy Hield may have captured the idea of stacking days in a simple statement, “We’ve just got to take it one game at a time, 1-0, every game we play we try and go 1-0.”

Practice or games, the plan is to stay in the moment and set a foundation that will hopefully help the team avoid issues like the two, nine-game losing streaks from last season.

When you open the season against the Blazers, Jazz, Warriors and then hit the road to face the Suns to finish out the first four games, your foundation will be tested.

Every year it’s the same. The Kings struggle out of the gate as they learn how to compete. Once they learn to compete, they fight to find consistency for 48 minutes. There usually comes a point when the team competes, gets close to a 48 minute performance, but they still can’t figure out how to win.

That last step -- learning how to win -- can be the insurmountable hurdle that usually comes way too late in the season to compete for a playoff spot.

We have heard all about the competitive level of training camp this season. Tyrese Haliburton used the “iron sharpens iron” analogy when describing camp, but you never really know what you have until the opening tip of the regular season. Even a 4-0 preseason means very little.

But if the Kings have found a way to skip the first step and they are ready to compete on a nightly basis, then maybe they can fast forward through a few additional steps in the middle.

"A lot of times, when you're learning how to win, you'll lose that type of game, especially against a team that's been winning for a lot of years now," coach Luke Walton said. “That’s something that really, you have to go through that experience. Players have to feel that and then our top dogs have to step up and make plays as well.”

The opener had a little of everything. Sacramento was the aggressor early. They competed well for most of the game, building as much as an 18 point lead. They fought through some adversity late when calls didn’t go their way and they figured out how to close out the game, even if Lillard had a good look at a 31-footer at the buzzer that could have sent the game to overtime.

Depth means more than having 11 rotational NBA players and then another five or six promising young players on the roster. The Kings were reminded of that in the opener.

When the Trail Blazers went on a run in the third quarter, Harrison Barnes backpacked the team, hitting 6-of-6 from behind the arc in the period on his way to a career-high 36 point night.

Those points, as well as De’Aaron Fox’s 27, Richaun Holmes’ 21 and Buddy Hield’s 19 made up for some truly tough shooting performances from Tyrese Haliburton, Terence Davis and Davion Mitchell.

It’s not just that the Kings have options at every position or that they can run out different variations of lineups to find mismatches. They have a roster that can withstand one or two or even three players having an off night.

This is new in Sacramento. They did not have this ability over the last two seasons and they probably have as deep and talented a roster as they’ve had in the last 15 years.

It’s only one game and the road ahead is treacherous. But early in the season we are looking for themes and ways to measure the progress of the team.

We won’t make predictions on what any of this means, but we can continue to track some of these developments and see if they are anomalies or if the Kings have actually stumbled on to something more.

Lastly, there are steps well above the ones listed above, the Kings just haven’t achieved them since the Rick Adelman era. Once they learn how to win, they need to consistently show that fire for an 82 game schedule. Once they do that, they need to repeat the process over multiple seasons and earn the respect of the league like the Trail Blazers have over the last decade.